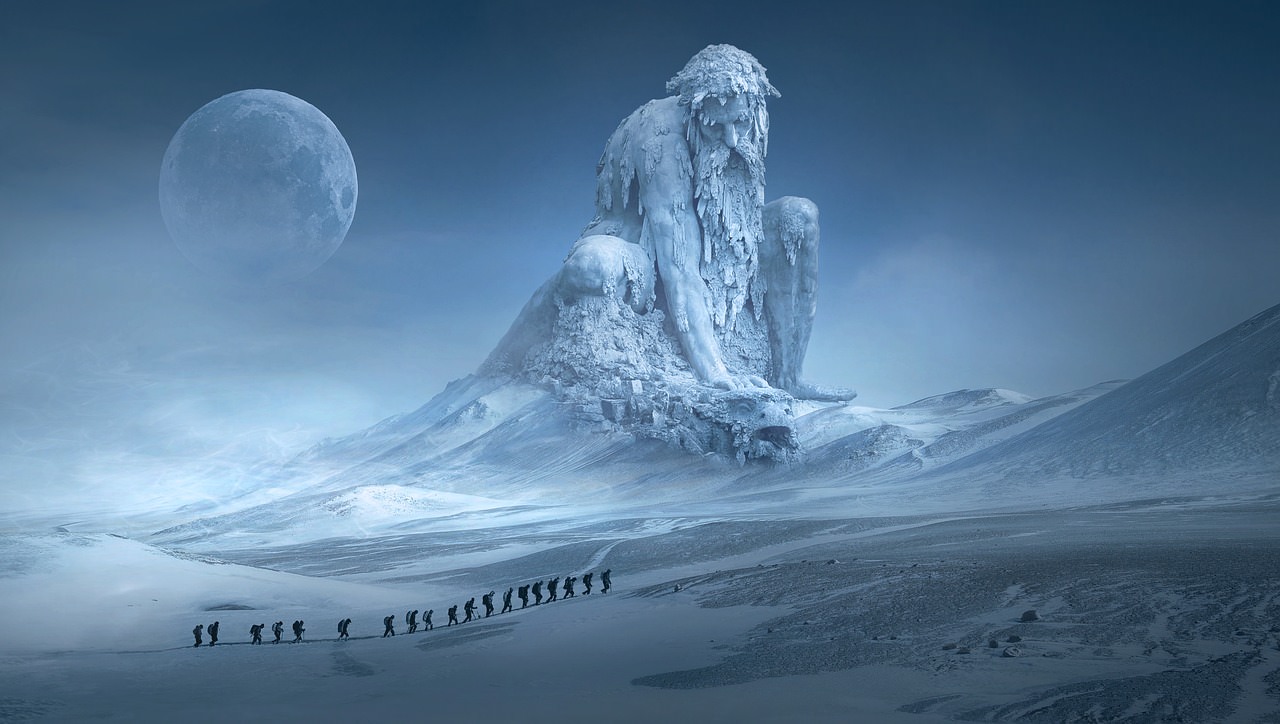 I came out from watching The Room and it was snowing. For Austin, that's not normal. People walked in wonder, underdressed, phones out, remarking about its Christmas-miracle-y-ness. Of course, all I can think, is: climate change. But really, climate change is old news. What's for lunch?

I'm afraid of dying. Well, I used to be. Some of my friends took a very modern quantum consciousness approach to it: well, when you die, you'll just become one with the universal consciousness.

Eh, fuck that. My fear is disappearing. Becoming nothing. Vanishing into thin air (or into solid ground, as the case may be). To have no experience is my ultimate horror. Unfortunately, it turns out that I'm just not one of those people that's cool with the mantra "shit happens and then you die" - which was mine for a while (except I prefixed it with "life sucks"). Ironically, I couldn't start living life until I figured out death. So I got weird with it--but more on that later. What's for lunch? I mean, climate change.

As an individual, it's next to impossible to cope with climate change. It's too big, too enormous, too late. I recycle! I turn my lights off! I don't mine Bitcoin! But knowing that 100 companies are responsible for 71% of most carbon emissions makes it real hard to feel like I can even make an impact. Why bother when the world's clearly fucked? Why have children when I'm pretty sure they're going to die of heat exhaustion or drowning? Of course, the best course of action is to persist. Continue to do what I can do. Motivate others. Build awareness. Lobby. My cynical perspective is maladaptive to my actual survival.

But the fact of the matter is that I have a full-time job, responsibilities, hobbies, a cat, trying to take care of the people in my immediate life, and when I'm not working hard I'm being as lazy as possible. There's only so much one man with a blog can do against a hundred of the world's carbon-pollution-producing top companies and their oligarch executives. Is that a maladaptive perspective? Perhaps to do anything but play the fiddle while Rome burns is the bad strategy: it's an unreasonable expectation to move mountains, especially not mountains made of money you don't have. (Of course, while we fiddle, let's not forget to admire those who have the time and passion to actually put out (perhaps literal) fires.)

They're both fairly bad strategies. So I got weird. (More on that later.) 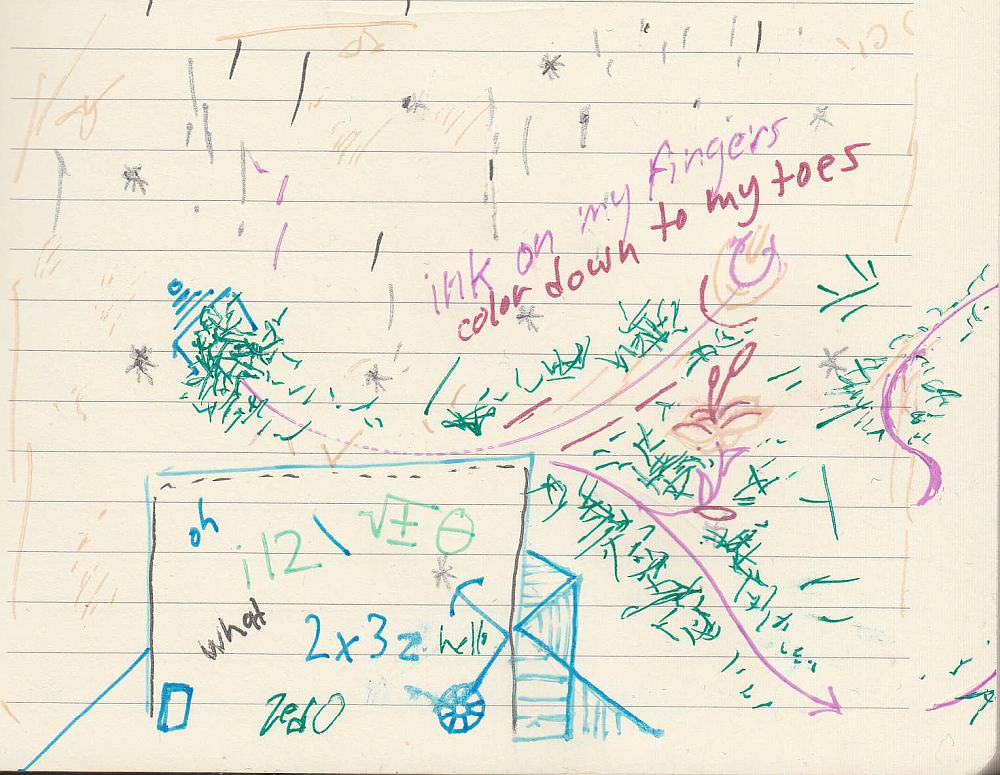 When I look at the snow falling in Texas I see the failure of a fairly inefficient, this-is-the-best-we've-got scientific model for predicting the future. Of course, as of late I've started to see this plenty in the field of science that I care about most: psychology. I care about psychology because more than most science, it affects me. I have feelings, hopefully psychology can tell me something about my feelings and help me feel less bad about the potential end of the world (or at least very high air conditioning or heater prices). Material science? Not so much. I know how stuff falls and bounces. Newton really filled that picture out for me, thanks. Meanwhile, quantum science is way too abstract to do anything useful with--that's me. Mr. Pragmatism. But as it turns out, a far-too-significant portion of social psychology suffers a massive replication crisis--meaning that the results of the work cannot (or has not been) been replicated, therefore, the results are scientifically iffy, which is definitely a scientific term. However, so much of this social psychology often falls into the "well, that makes sense" and we accept it.

Are you familiar with the idea of psychological priming? You're probably familiar with it. If I ask you to say a random word, you might say "green" or "taco" or "mouse". However, if I ask you to say a random word while pulling on some blue rubber gloves, you might be more likely to say "blue" or "hands" or "rubber". You have been "primed", or set up, to say a specific thing. As it turns out? Diederik Stapel, the guy who did the research proving the existence of priming? Total fraud. Manipulated and fabricated tons of his data. (Ugh, the worst kind of scientist.) But the thing is: priming is a real thing that bears out in our personal experience. You know what it feels like to be primed, or to prime someone else. We get primed all the time--or, as you might like to call it, having something on your mind. We don't need science to tell us something we already know, but it's nice when it confirms it.

Here's my problem: I realized that I delegated all of my instinct, all of my knowing, and all of my sureness to the scientific method. I'm still undecided about toothpaste because the results on fluoride are inconclusive. Is it salt, sugar, or fat that's bad for me? Should I be drinking milk? Should I spend all of my money on drugs and fancy jackets? Actually, that last question isn't a question of whether climate change is real. It's real. Everybody knows that. The question here, is: should I be freaking out about dying of it?

Rather, what I've been getting weird about is whether or not there's another way to think about the universe: a way that feels uncomfortably close for my Western-scientific-ghosts-are-definitely-not-real mind to something akin to religion, or faith. After all, once you get into the "purpose" and "meaning" question it gets real... iffy. But Mr. Pragmatist (correct--Mr. Pragmatism) here wants to feel good, because there's simply nothing I can reasonably do about the end of the world. From this vantage point, it's easy to say: fuck it, I'll download some books so long as my friends don't find out.

We can't deny the facts of reality (and established, good science), but we can sure postulate wildly about the nature underlying that reality. Interestingly, I've found that picking up some more postmortem-positive (PMP) beliefs has made me more likely to engage in activities that are good for the environment, keep me engaged in the community, and encourage me to care for and help others in my life. The hardest part has been letting go of that part of me that's afraid to be silly, afraid to be wrong, afraid to bend a little to see just how I feel when I get to stretch. And that's probably a lot of what this blog will end up being about: picking beliefs, habits, and coping mechanisms that help, even if they're... iffy. All to find the joy of playing in the snow, even if the world is going to end.

And that's how I got weird. But more on that later.